Each year, the Preisler Shorenstein Institute celebrates the role of teachers in the field of Holocaust education with the Morris Weiss Award. Morris Weiss, a Holocaust survivor, was a founder of the JFCS Holocaust Center and was dedicated to fighting discrimination and antiseminism. His family established this scholarship fund in his memory.

The Morris Weiss Award grants three outstanding educators in the greater Bay Area $1,000 for professional development and an additional grant of $1,500 to their schools to be spent on resources, events, or other programs related to Holocaust education.

We are delighted to announce that the winners of the 2018 Morris Weiss Award are Jennifer Banszek, Jenna Goodman, and Kitty Millet. 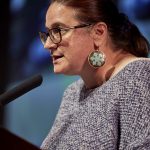 Jennifer Banaszek teaches English at Thurgood Marshall High where many of her students arrived in the US as undocumented and unaccompanied minors after experiencing a traumatic flight from their home country. She plans to use the Morris Weiss Award to purchase resources for her classroom in multiple languages. Equipped with these materials she can introduce her students to the struggles Jews endured during the Holocaust while inspiring her students to recognize the strength in their immigrant stories, too. 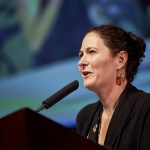 Jenna Goodman teaches Middle and Upper School English at the French American International School in San Francisco. With the Morris Weiss Award, Ms. Goodman plans to implement new curriculum that uses the history of the Holocaust to encourage better understanding of ourselves in the present. She looks forward to broadening the impact of Holocaust education in her community by working closely with other teachers at her school from diverse disciplines to find ways to include Holocaust education in their classes, too. 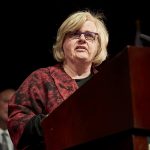 Kitty Millet is a professor Jewish Studies at San Francisco State University. She plans to use the award to fund a lecture series that will invites scholars from diverse disciplines to speak about Holocaust research and study in their respective fields. She is the leading educator of Holocaust history on her campus and with the Morris Weiss Award she seeks to enrich Holocaust study at SFSU. 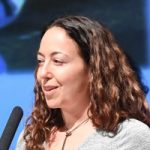 Tara Asciutto teaches social sciences and trauma-sensitive yoga at Oakland High School. Over the course of her nearly twenty years as an educator in the Bay Area, Tara has become particularly interested in contemplative pedagogy and intergenerational trauma. She believes that Holocaust and genocide education gives students permission to explore their own family’s experiences, providing opportunities for personal growth and healing. The Morris Weiss Award allowed her to incorporate more first-hand testimonies from Holocaust survivors and the survivors of more recent genocides into her curriculum. 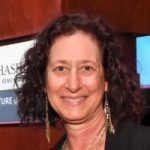 Iris Bendahan teaches at Congregation Beth David in Saratoga, where she served as religious school principal for eleven years. Iris’s winning Morris Weiss proposal involved the further development of a museum-style exhibit at Beth David that she installs for 2 to 3 weeks each year around Yom HaShoah. Through 14 different multimedia stations of the exhibit, students become acquainted with the stories of local Holocaust survivors and explore questions of genocide and Holocaust denial today. Iris’s goal is for Holocaust education to continue to be close up, personal, and immersive in future years, as her “living exhibit” continues to grow and reach students throughout the Bay Area. 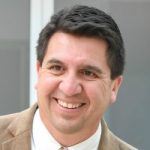 Frank Perez teaches social sciences at San Benito High School in Hollister. Over the more than twenty years that he has served as an educator in San Benito County, he has developed curriculum for at-risk youth; implemented curriculum on world history, world geography, and Chicano history; and become the expert on genocide education in his district. Recently, he received the 2017 Armenian Genocide Education Award from the Armenian National Committee of America—Western Region. He used the Morris Weiss Award to study the relationship of historic antisemitism and the Holocaust, in order to better educate his students on antisemitism, hatred, and intolerance in the world today.

2015: Erin Brandvold, World History at Impact Academy of Arts and Technology in Hayward