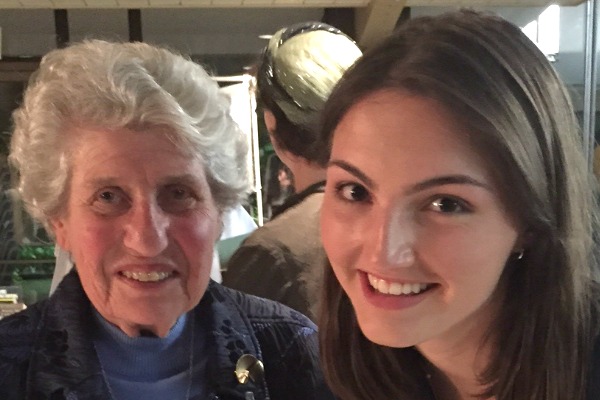 On May 10th, 1940, a seven-year-old Ellen saw the war for the first time. Snuggled in her mother’s arms, she watched as German planes dropped bombs on the nearby Amsterdam airport. The oppressive Nazi regime slowly started to affect Ellen and her family over the next few years; her father was coerced into giving up his job and Ellen was brandished with a star and shuffled into a Jewish school.

In November of 1943, Ellen and her family went into hiding. Everyday, Ellen waited as her family planned their escape through Brussels to Spain. However, almost a month later, when her family finally made it to Brussels tragedy struck. Her father became sick with blood poisoning and, soon after, Ellen came down with diphtheria, forcing her family to remain in Brussels.

On April 6th, 1944 Ellen’s family was captured by Nazis and sent to the local prison. Her desperate mother produced a slip of paper from the doctor warning of Ellen’s diphtheria. Nervous, Ellen was moved to a infirmary. Ellen would never see her parents again. For the rest of the war, Ellen would live in fear. She would stay in the infirmary before moving with to a children’s home inside of an old castle outside of Brussels. In September of 1944, the 2nd Patton Army liberated Ellen. However, her hardships would continue long after the war as an orphan bouncing from family to family.

Listening to Ellen’s story, I am once again reminded of the sheer, never-ending atrocities of the Holocaust. However, I’m also blown away by the power of human strength in the darkest times, and the ability to keep on going when all hope seems lost.