Celebrating Shabbat in Krakow
It is hard to know where to begin in writing about the experience of Shabbat in Poland. Since I had never been here before, I did not know what to expect; now that I am here, I see that this was just as well, because Poland is unlike any other place I have been, and any serious attempts to imagine it beforehand would have in any case been futile. 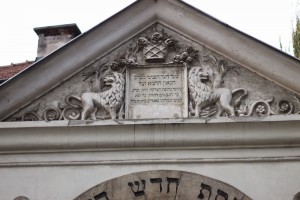 The strange truth is that this place is, in many respects, the most Jewish place I’ve ever been. Jews have lived here continuously for eight or more centuries, and for much of this time they were at the center of the Jewish world.  Poland is a funnel through which Judaism as we know it, Ashkenazi and even in certain ways Sephardi, has passed. But when we walk around these buildings or drive through these towns, this does not compute as just a historical fact or intellectual curiosity – it is a palpable feeling. There are exceedingly few Jews here, yet this place is defined by the presence of Jews. They populated this area and filled its streets. Even though most of the Poles I pass on the street have never actually spoken to a Jew, I feel less self-conscious wearing a kippa in Krakow than I do in San Francisco. 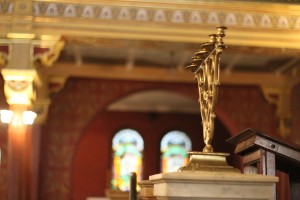 Observing Shabbat here is like breathing life into a flame. The fire within Jewish souls raged on here for centuries, and then it was extinguished in the blink of an eye. But there are remnants of the Jewish people who continue to light up and return. We spent Shabbat dinner at the JCC  in Kazimierz, the former Jewish section of Krakow, and the meal was attended by dozens of local Jews both young and old. Some of them were born Jews and survived the war, many found out only later in life that they had a Jewish parent or grandparent. Some stayed close to their Jewish identity throughout the Communist era, others barely recognized it. Either way, they have found a place for themselves around those Shabbat tables, and they keep this delicate flame alive.
To view more photos, view the Legacy Study Tour album on Facebook.
Rabbi Daniel Isaacson, Director of Spiritual Care Services at JFCS 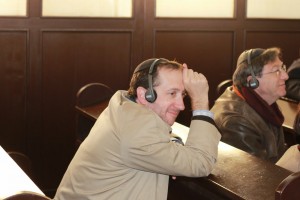