Lydia is a former student of the JFCS Holocaust Center and participated in both of our programs for high school students, The Next Chapter and the Manovill Holocaust History Fellowship. Armed with knowledge and skills that she learned while studying with the JFCS Holocaust Center, she has spent the last year developing her own curriculum to be used in high schools. We are thrilled to see her continue the work of Holocaust and genocide education in her school and beyond! 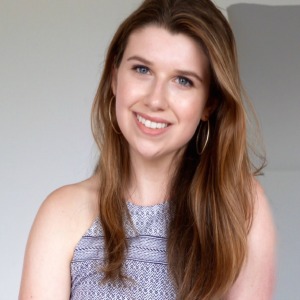 After participating in both the Next Chapter program and Manovill Fellowship, I wanted to continue studying and researching the Holocaust as well as patterns of genocide and mass violence, but was initially unsure of how to go about doing so. At the beginning of my junior year, I had the opportunity to select my humanities elective and hoped to take a class that would allow me to continue the work I had done with the JFCS throughout the past two years. To my disappointment, no such course existed, so I decided to take it upon myself to fill the void. Not only did I wish to continue my own study of genocide, but I also felt that historical events such as the Holocaust should be thoroughly discussed and examined at the high school level. With the help of the history department and a faculty advisor, I created an independent study in which I would create a curriculum to either eventually teach as a seminar or, at the very least, leave behind for a teacher to integrate into their own classes, examining the Holocaust and by extension exposing my peers to patterns of genocide.

Throughout my junior year, I crafted a virtual, interactive timeline that chronicled a wide range of events leading up to, during, and after the Holocaust. Throughout my independent study, I was challenged to craft a visual representation of the Holocaust that was both accessible and comprehensible to my audience while also remaining illustrative of the immense complexity and extremity of the Holocaust. To achieve this, I first categorized each event under a color-coded tag that described a broader theme of genocide and mass violence, such as “Identifying Outsiders” or “The Power of Propaganda and Mass Media.” This not only allowed my to impose some structure and visual organization on the mass of events illustrated on my timeline, but I also hoped that in doing so I would encourage my audience to start thinking about how events throughout the Holocaust relate to other genocides and even to current political and social events. Nearly every event featured on the timeline can be explored further by accessing the media and written descriptions linked to each entry. I wished to give people the opportunity to explore each event in-depth, but organize and present such information in a way that was not overwhelming. Going forward, I would like to find a way to use my timeline in a seminar in which my pupils and I examine written works about the Holocaust and use the timeline as a tool for providing context for the themes, instances, and figures we come across, or to help a teacher integrate the timeline into a pre-existing course. My hope is that what I have created is ultimately used to further Holocaust education and awareness and help spark conversation about aspects of history that are often not given the attention I feel they deserve.