Introducing the Next Generation Speakers Bureau

Holocaust survivors are dwindling, but their children are just getting started

The JFCS Holocaust Center’s newest education initiative, the Next Generation Speakers Bureau (NGSB), was recently featured in the J. Weekly! 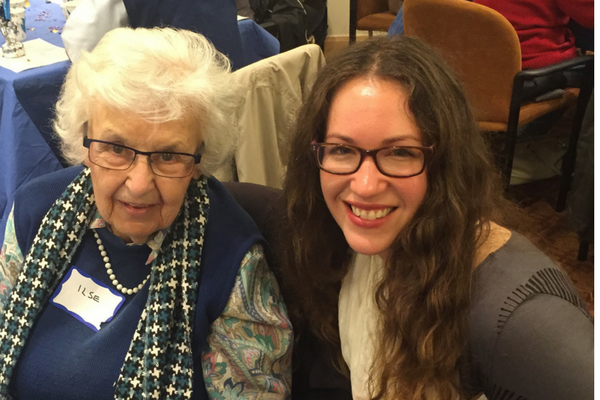 The Next Generation Speakers Bureau is a training program for second- and third-generation speakers to share their families’ stories of survival during the Holocaust. As the number of Holocaust survivors in the community dwindles, the descendants are ready to continue ensuring that students connect and learn from this history. Read the article >

Now, survivors’ children and grandchildren are stepping up to make sure the stories of the Holocaust will continue to be told. To date there are six second- and third-generation speakers signed up to participate.

Batya Ross, a San Francisco psychotherapist and art therapist, is one of them. Ross is part of the third generation; her maternal grandmother was in Auschwitz and her maternal grandfather was sent to the Mauthausen concentration camp. The two met after the war. In America, they worked as shoemakers. For Ross, passing on the lessons she learned from her grandparents is vital: the importance of respect for all human beings.

“I hope people will hear the stories of the Holocaust, hear what happens when some people don’t matter. [Anti-Semitism] isn’t the only example of hatred and discrimination. I’m hoping that people will hear it and think about how they’re treating other people.”

The first cohort of NGSB speakers will conclude their training this summer; a new group of trainees will begin preparing in the fall. Graduates of the Next Generation Speakers Bureau program will share their families’ stories with students and community groups throughout the Bay Area as part of the William J. Lowenberg Speakers Bureau.