JFCS Holocaust Center, in partnership with the USC Shoah Foundation founded by Steven Spielberg, now gives people full access to view thousands of video testimonies, and is one of just two sites in Northern California to do so along with Stanford University. The Visual History Archive (VHA) is USC Shoah Foundation’s online portal which allows people to search and view testimonies of survivors and witnesses of genocide. Located in San Francisco, the Holocaust Center joins the ranks of a select group of 85 sites across the globe.

When Leon Tsai talks about watching Holocaust survivor video testimonies at the JFCS Holocaust Center his voice deepens while he carefully chooses his words, “For me, watching was powerful and exhausting—what the survivors’ went through was so profound it took me a few viewings to process their incredible stories.” Leon, a recent graduate of Stuart Hall High School, recently completed his studies as a Manovill Holocaust History Fellow and spent seven months working with just a few of the thousands of video testimonies now viewable at the Holocaust Center. 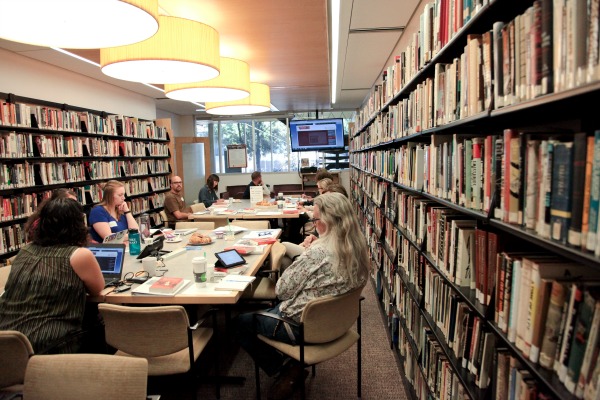 “Our partnership with the USC Shoah Foundation has expanded our archives and our audience in an unprecedented way,” says Yedida Kanfer, JFCS Holocaust Center’s Coordinator of Education Services. “Before we became a full access site we owned 2,000 oral histories and now we can provide patrons access to the full USC Shoah catalog of 55,000.”

The JFCS Holocaust Center is among a handful of premier centers of Holocaust and genocide research in California. The VHA collection features not only Holocaust testimony, but includes survivor witness testimony from the Armenian Genocide, the Nanjing Massacre, the Genocide Against the Tutsi in Rwanda, and the Guatemalan Genocide. 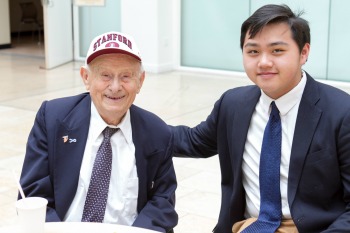 Yedida stresses that it’s not just students and historians who will benefit from the additional archive, but families of survivors who can find out more about their relatives and the towns that their families came from. She says, “The Visual History Archive has comprehensive search capabilities making it an incredible genealogical tool and a way for Jewish history and identity to be transmitted from generation to generation.”

Karen Pell, Chair of the JFCS Holocaust Center’s Council of Children of Holocaust Survivors commented, “As a child of survivors, I am relieved that there is a now a ‘living’ history of the Holocaust that anyone can access. This tool is especially relevant for younger learners to see and hear these vital testimonials.”