When the JFCS Holocaust Center first received an old and tattered school notebook written in Polish and pulled from the ashes of Auschwitz, JFCS Executive Director Dr. Anita Friedman suspected the power the mysterious volume contained as she turned each carefully penned page.

Since the manuscript’s publication in 2014 Rywka’s Diary: The Writings of a Jewish Girl from the Lodz Ghetto has been an international sensation, sold alongside The Diary of Anne Frank and, at last count, translated into 15 languages worldwide. 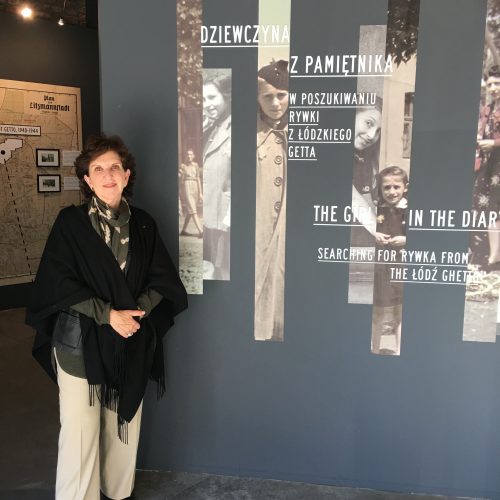 Dr. Anita Friedman worked with the Galicia Jewish Museum to create the exhibit based on JFCS’ book, Rywka’s Diary

This summer Krakow’s Galicia Jewish Museum has a new exhibit titled, The Girl In The Diary, In Search of Rywka Lipszyc, which allows visitors to enter into the women’s world of the Lodz ghetto while spotlighting the Jewish identity of the 14-year-old author, along with her anguished and inspiring story. 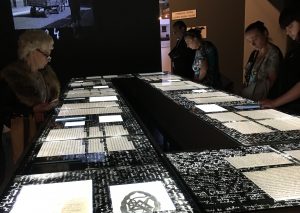 The Exhibit in Krakow, Poland

The exhibition also includes historical artifacts and documents from museums in Poland, the United States, Israel, Germany, and Belgium and runs through March 2018 with plans for it to leave Poland and travel internationally.

Dr. Friedman delivered a lecture at the exhibit’s press conference and opening reception and says, “Rywka’s emotional struggles also resonate in the hearts of each of us, as we grope our way through an uncertain and often unkind world. Her story gives us hope—because through her eyes we see the truth: we see both the worst and the best of what human beings are capable of. The choice is ours.”

Proceeds of the book benefit the JFCS Holocaust Center.

To donate to the JFCS Holocaust Center, please contact Barbara Farber at [email protected], 415-449-3858, or click here to give online.