The complexities of Polish-Jewish relations 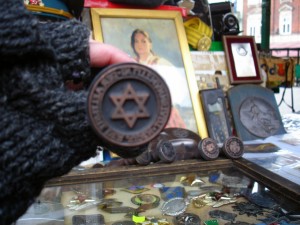 On the bitterly freezing day when we were on the market in Karzimierz, Daniel pointed me to a table of souvenirs with a curious collectible set:
This was a replica of a seal used in the Lodz ghetto.  The text reads: “Der Aeltester der Juden.  Litzmannstadt”  (The Chair of the Judenrat.  Lodz ghetto).   I’ve seen a lot of Polish tchatchkes in my time, but I found this collectible to be especially painful.  As I was wheeling myself away from the table, I reached a bump in the concrete path and had trouble going further.  One of the souvenir sellers, a middle-age woman with a cheap black coat and dyed dirty-blond hair, asked me, “can I help you?”  She helped me over the bump and pushed me all the way back to the bathrooms, where our group was supposed to assemble after lunch.  A simple act of human kindness, but one that means so much when you are dependent to a large extent on others.
How to make sense of this contrast?  A person who, in her ignorance, profits off what we would consider anti-Semitic stereotypes—and yet, is guided by an ethical compass that she applies even with respect to someone who is clearly a foreigner.
The theme of our journey today was Polish-Jewish relations, a question that, Professor Samuel Kassow reminded us, was marked by extreme complexity.  We began with a trip to Treblinka.   On the bus, we watched the film Pokłocie (Aftermath).  The Polish hero of the film, Franciszek, returns from 20 years in America with new evidence to support the old stereotype of Jewish economic and political domination.  Yet when he returns to his home village in Poland (based on the town Jedwabne), he becomes drawn into a search for “the truth,” as he puts it, of what happened to the town’s Jews during the Second World War.  I’m not trying to be contrary, to stir things up, he says in the film—rather, I’m seeking justice. 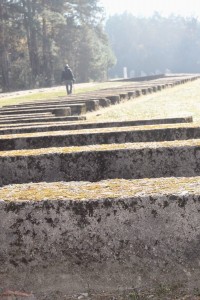 By the time we reached Treblinka, it was a sunny day, and almost warm if you had layers of clothing on.  The trees were turning, and the grass was lush and green.  The extermination camp, of which no remnants remain, is located here, surrounded by Polish villages.   At the memorial ceremony, Daniel expressed our communal anger at the inexpressible tragedy of an extermination camp.  Indeed, the contrast was striking:  the monument symbolizing the smokestack of a crematorium; and the beautiful, peaceful countryside that framed it.
As Professor Kassow reminded us in his lecture, the Polish peasants who smelled the smoke and perhaps even heard the cries of our Jewish martyrs were themselves a varied bunch.   Many feared for their lives in a state of occupation and police rule.  If you resisted, you were shot.  Still others, as the first monument we saw in Treblinka noted, were sent to Treblinka I, an associated labor camp where disobedient Poles were sent for further “education.”   Still others, we know, were indifferent to the plight of Jews—or worse, were complicit in their destruction.   The tragedy of the Holocaust, Professor Kassow told us, is that Jews identified as Poles, felt at home in Poland, and loved their country.  Whether they wrote lovingly of the Wisla, Narew, and Bug rivers, whether they published their own Jewish newspapers, whether they belonged to Zionist, Yiddishist, or Orthodox (Agudas Yisroel) movements, these were Jews who, paradoxically, were united by their Polishness. 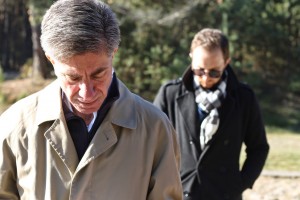 Our group, too, is diverse in experience, outlook, and background.  We are united by the mission of JFCS, by our strong commitment to social welfare and justice, and by the power and intensity of our emotions.   I asked our indomitable guide Dariusz how he deals on a daily basis with the emotions of Jewish groups under his wing.  “I have thick skin,” he said. To view more photos, view the Legacy Study Tour album on Facebook.
Yedida Kanfer, Coordinator of Educational Services with the JFCS Holocaust Center 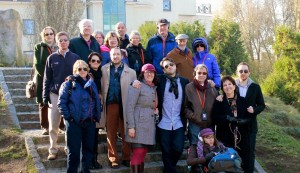