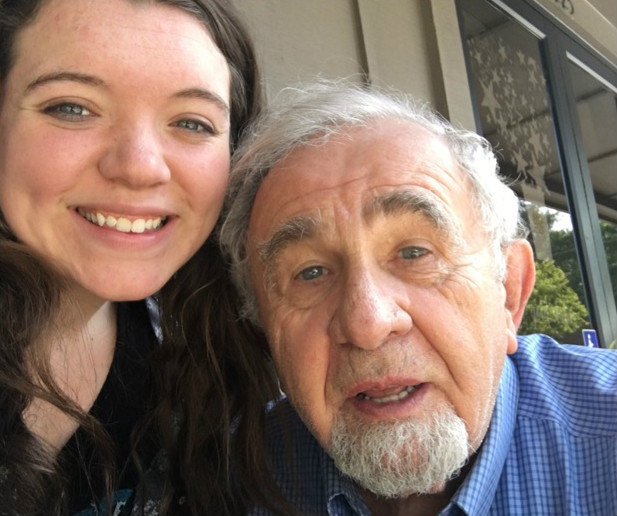 Ed was born in the year 1930, in Dobromil, Poland[1]. Self described as a troublemaker, Ed’s first memory was at only three years old, when he had managed to swallow a coin. He remembers everyone in a frenzy around him, worried about his safety. Of course, eventually it came out, and thus began Ed. This is his earliest memory before the war began, when he was age six. When the war began, Ed and his family were moved to the Lwów ghetto almost immediately. The ghetto was a collection of apartment buildings several stories high in a part of town shut set aside for Jews only. Ed and his family lived in a one room apartment, sharing an outside bathroom with other tenants. Ed’s father sensed that the ghetto would soon be closed, and had arranged for Ed and his mother to pose as Catholics living with a real Catholic woman named Mary in a nearby village. Their plans were ruined by a “freak incident”. They were visiting his aunt and cousin to say goodbye, when a German soldier came upon the scene and  arrested all four of them. The reason for their arrest was simply because the German officer wanted his aunt’s apartment. Ed’s mother saved him by asking the soldier if Ed could go back to their home and inform his father of their arrest, and this was how Ed escaped. This was also the last time Ed ever saw his mother. Soon after his mother’s arrest, his father sent Ed to go live with a “relative” named Mary. Posing as a Catholic, he lived with Mary from age seven to age ten, in a city he to this day doesn’t know the location of, posing as a Catholic. The years he was there are shrouded in a kind of loneliness as Ed felt as though he had to separate himself from all other children to stay safe. He very specifically didn’t make friends with other young boys in fear that one may find out he was circumcised, and only Jewish boys were circumcised. However, he did make friends with a couple of girls his age. They would sit themselves at tables with dolls and sip tea for fun. Ed remembers this with a smile. He also fondly remembers picking mushrooms in fields by himself, and even roasting potatoes in foil over a fire with a few other people. One of his most frightening memories happened in the home of one of the young girls he befriended. It was Christmastime, and upon walking into her home he gazed at her Christmas tree and commented that he had never had a Christmas tree before. That was the closest Ed ever came to being discovered. Ed explains his years of hiding simply when he said “There were two types of hidden children. The ones that hid, and the ones that hid in plain sight. I was the latter”. He wasn’t pretending as he hid, there were simply “certain things I could and couldn’t do”.  It was “me with limits”. Ed’s life was the only “normal” he knew, he grew up in isolation and constant fear.

The war ended when Ed was ten and he was immediately picked up by his aunt, who brought him to Krakow. There, he saw his father for the first time in years. His father told him his mother had died, and refused to entertain any further conversation relating to it. Ed’s thirteenth birthday rolled around and he wasn’t bar mitzvahed, though this was a personal choice more about effort it took to memorize what he needed to as opposed to one of faith. While in Krawkow, Ed’s father sold cigarettes on the black market. In 1945 they moved to France, then quickly to Belgium, where Ed began attending a boarding school as his father worked selling US army surplus clothing with two Belgians. He was there until his father’s heart related death in 1949. After his father’s death, he was given the option to live in a kibbutz[2] in Israel or with his aunt in New York. He went to visit Israel to see if it he would like to live there first. However, he immediately left because people in Israel were all preparing for another war. Children as young as 16 had guns slung across their backs in the streets. Ed quickly decided he was going to live in New York with his aunt. He came in a military boat and slept in a room full of bunk beds. He remembers playing chess with an adult and winning. As Ed got off of the boat, he became the interpreter for the disembarking passengers. He spoke French, Polish, English, and German (as well as a little bit of Russian). He was the very last person off of the boat that day. Ed recalled that in New York, he finally felt he had a family.. His aunt became his mother, and her son – his brother.  He made friends with ex-pats[3] in his school. Ed made friends with two girls, one boy, and his cousin. He remembers going on vacation to Montreal with his friend and having a wonderful time.

After his stay in New York Ed was accepted to Rensselaer Polytechnic Institute. He liked college and was in a fraternity. He earned a degree in engineering from Rensselaer Polytechnic Institute and an MBA from New York University. As soon as he was out of school he worked testing jet engines. However, he didn’t like engineering. He oversaw people he considered to be much smarter than him. He felt inadequate.  His MBA “came in handy” when he went to work in for IBM as a financial planner. In 1967 IBM moved him out to California. In 1970 Ed changed careers and began to work in real estate. He feels that his timing was incredibly fortunate as he said, “the money turned out very good”.

Ed has lived in California since then, and he loves it. In 1981 he did a trip around the world, and went to many countries. Recently, he went on a river cruise, and fell in love with Budapest. However, Paris is his favorite city because “there’s something around every corner.” Ed has had 3 wives. He had a son with his first wife. He says that his second wife was a “two year mistake.” He has been married to his current love for 26 years and both he and his current wife are very good friends with his first wife and her husband. He met his current wife playing tennis. He has inherited 4 grandchildren on her side of the family.

Many people call him the Don Quixote[4] de Alamo[5] because he’s trying to make the world a better place. That’s the reason he goes to schools and speaks about his Holocaust experience. His message is “Please don’t  let it happen again. There’s bad guys out there. Go do something about them.” He didn’t write about his experience for a long time because he felt as though he wouldn’t remember enough of it. He was surprised at how much he did. He loves theatre, and his favorite show (no surprise here!) is Fiddler on the Roof. He also loves jazz music, some of his favorites being Ella Fitzgerald, Louis Armstrong and Glenn Yarborough. Ed visited Krakow, Poland a few years ago. He was disappointed that nothing looked familiar; it was not a homecoming to him. Ed discovered a huge castle in his town that he had absolutely no memory – he still laughs about it. He still feels consequences of the Holocaust every day. He has a strong need to be in control and has a strong need for safety. Ed said, “I didn’t know what feelings were until I was 35”. Nonetheless, he says he’s lived a happy life.

Absolutely, he said, a happy life.

[2] A communal living space where one owned nothing, and the community shared everything from work to food to clothing

[3] Persons who moved outside their native country. These people were also from Europe.

[5] A small city in the San Francisco East Bay.