The Story of Gerhard Panning

Seth Eislund is a senior at Stuart Hall High School in San Francisco. He has participated in both the Manovill Holocaust History Fellowship and the Next Chapter. Most recently, Seth served as an intern for Dr. Alexis Herr, Associate Director, and conducted research for the Next Generation Speakers Bureau. 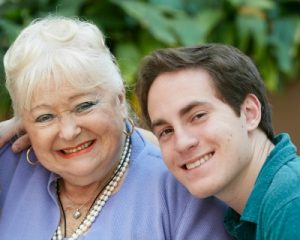 Every Spring, the Jewish Family and Children’s Services Holocaust Center observes Yom HaShoah, or Holocaust Remembrance Day. It is an emotional and poignant occasion, a moment during which those who perished in the Holocaust are memorialized by the living. The names of the dead are read out loud, with Holocaust survivors and other guests listening and mourning in silence. While the purpose of Yom HaShoah is to remember those who lost their lives to the brutality of the Nazi regime’s genocide, it is also a day for Holocaust education. In honor of Yom HaShoah, this post will focus on one of the Holocaust’s most important lessons: you do not have to be evil to commit genocide. Indeed, as Dr. James Waller eloquently states in Becoming Evil: How Ordinary People Commit Genocide and Mass Killing, “it is ordinary people, like you and me, who commit genocide and mass killings.”[i] One such ordinary person was Dr. Gerhard Panning, who during the course of the Holocaust conducted vile experiments on human subjects in the name of “science.”

Panning was born on June 10, 1900, in Erfurt, the son of a teacher and a member of a Prussian family. His studies were interrupted by World War I, during which he served as a volunteer and was awarded multiple times for his service. After the war, Panning pursued a career in medicine. He completed medical school in 1925 and interned the following year in hospitals in Erfurt and Berlin.[ii] While the start of his medical career was routine, the rise of the eugenics movement under Hitler created new opportunities for Panning.[iii]

During the Holocaust, Dr. Panning conducted experiments in which he used human test subjects as if they were lab rats. When Nazi Germany invaded the Soviet Union in 1941, Panning was assigned to the German Sixth Army as its senior staff doctor and was stationed in Zhytomyr, Ukraine.[iv] After numerous bouts of fighting with Soviet troops, German soldiers recovered “dum-dum” rounds, a rare form of explosive ammunition, from captured Russian supplies. Upon learning of these dum-dum rounds, Panning wanted to examine the potential injuries that German troops could suffer from such ammunition.[v] He consulted with SS Colonel Paul Blobel, a member of the Nazi Security Service (Sicherheitsdienst) and the perpetrator who commanded the Babi Yar Massacre, about obtaining human “guinea pigs” for his experiment.[vi] Blobel obliged and rounded up Soviet-Jewish prisoners from POW camps. A report published after the war described Panning’s “research” in great detail, stating:

The prisoners had to stand, kneel, or lie down at a distance from the shooters near [a] house. Dr. Panning designated each of the marksmen to shoot a different body part. Panning had brought Russian rifles and Russian explosive ammunition. The victims were first shot in the arms, legs or torso…which, despite the terrible effect of the bullet, regularly did not kill them. Then, only with the second or third shot was the victim given a fatal shot to the head… The killed prisoners were brought into the house and dissected exclusively by Dr. Panning.[vii]

Dr. Gerhard Panning, like other Nazis, was but one active participant in the Holocaust. Yet, his story needs to be remembered not only for its depravity and exemplification of human cruelty but because it illustrates the Holocaust as it truly was: a genocide that was perpetrated by regular men and women from a myriad of different backgrounds. Panning was a doctor, a man tasked with preserving the lives of others. He had taken the Hippocratic Oath, and by so doing, swore to uphold medical ethics. Instead, he took life on a grotesque scale, breaking his oath and compromising his morality. Instead of remaining true to his profession, he became a perpetrator, killing those he deemed to be inferior. And that, more than anything else, is the most chilling aspect of Gerhard Panning’s story.