The United Nations and Modern Genocide

If we have not learned from the past, why do we remember?

Facing a crowd of nearly 2,200 people packed together at the United Nations headquarters in New York City in 2006 on the occasion of the first International Day of Commemoration of Holocaust victims, Professor Yehuda Bauer addressed the elephant in the room: How can we claim to have learned from the Holocaust when genocides continue to occur? How can we honor the victims of the Holocaust while new genocides create more victims? More than a decade has passed since Professor Bauer’s talk, however, his remarks during the first commemorative ceremony are as pressing as ever. If we have not learned from the past, why do we remember? 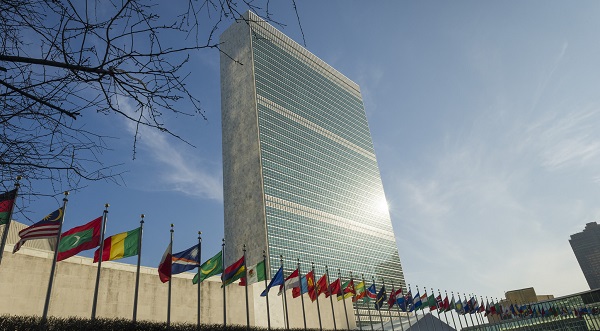 The wording of Resolution 61/255—the resolution passed by the United Nations that legislated the day of commemoration—proposes that one reason why we remember the Holocaust is to combat Holocaust denial. It states, that “the Holocaust, which resulted in the murder of one-third of the Jewish people along with countless members of other minorities, will forever be a warning to all people of the dangers of hatred, bigotry, racism and prejudice.” To this end, the resolution designated January 27, the day that Allied troops liberated Auschwitz in 1945, the annual Day of Commemoration. Furthermore, the resolution rejected any denial of the Holocaust as a historical event, urged member states to develop educational programs about the Holocaust, created the Task Force for International Cooperation on Holocaust Education, Remembrance, and Research, and condemned all manifestations of intolerance towards persons or communities based on their ethnicity or religion.

Despite the positive message of remembrance and action the resolution encourages, the reality remains that genocide continues to occur, a point that Professor Bauer made at the United Nations first Day of Commemoration in 2006. Since the Holocaust, the United Nations failed to prevent many other genocides, including those in Cambodia (1975), Rwanda (1994), Bosnia (1995), and Darfur, Sudan (2003). “The Holocaust was unprecedented,” he explained, “and we had hoped that it would become a warning, not a precedent. But we have been proven wrong…What does this mean for humanity, what does it mean for the United Nations?”

At present, the United Nations faces continued criticism that it has not done enough to upend the humanitarian crises in Syria, Darfur, South Sudan, and the Democratic Republic of Congo as well as the crimes against humanity suffered by the Rohingya people in Myanmar. Perhaps Professor Bauer’s response to such critiques in his 2006 address still applies today, too: “When I was five years old, I said to my mother: mother, pretty you are not, but you are mine. The United Nations is ours; it is the best United Nations we have – we have no other. So, rather than run it down, rather than criticize it out of existence, let us support it, try to improve it, make it more effective in protecting humanity.”