Today’s post comes from the JFCS Holocaust Center’s YouthFirst Summer Intern, Waheeb. In addition to helping Holocaust Center staff with administrative projects, Waheeb spent part of his summer researching, writing, and editing this portrait of John Damski, a Polish Catholic who risked his life to save Jews during the Holocaust. 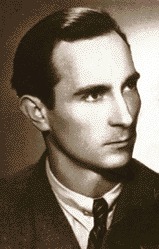 John Damski was in born on October 11, 1914 in Germany. Although Damski was born in Germany, his parents where Polish, and he lived in Poland. During his childhood, Damski remembers living a normal and happy life. He was Catholic and a lot of his friends at school were Jewish, yet he felt no barrier between himself and his peers, no matter their race or religion. In school he excelled in soccer and track and field and was offered to play for the Polish soccer team in the Olympics; however, all his soccer dreams came to an end when Germany invaded Poland on September 1, 1939. Damski was in the military at the time of the invasion and fought against the Germans. When he realized that Germany would take over Poland, he ran away and changed out of his military clothes. Little did he know that World War II would become the world’s biggest massacre. 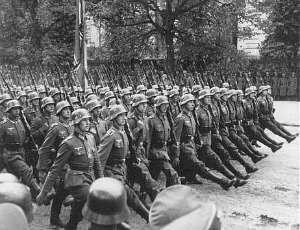 After deserting from the military, Damski had an encounter with members of the SS. The SS was an organization in charge of Germany’s police and concentration camps. True Nazis, the SS believed that every other group with a different belief or ethnic background was inferior.[1] When the SS asked Damski who he was, he did not claim to be German and  was put in jail on December 9, 1939. He was in a small cell with 44 other prisoners. Over time, he realized that the prisoners were either being shot or they were being taken to Auschwitz, the largest concentration camp established by the Nazis. Like other concentration camps that the Nazis created, Auschwitz used prisoners for forced labor in very harsh conditions. What set Auschwitz apart from many other concentration camps, however, was that it was also a killing center.[2] 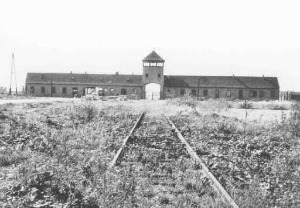 Damski knew that his only way to escape being sent to Auschwitz was to claim to be German. He claimed to be German and the SS took him in a room and interrogated him for two hours. Luckily, Damski was fluent in German and they could not find his file. Finally, he was released after nine months in prison. The first thing he did when he got out of prison was eat a good meal, because they barely fed the prisoners—he came out of prison weighing only 90 pounds. Afterwards, he snuck onto a train to go to Lublin, where his brother lived. When he arrived, Damski was given a job to work as chief electrician of construction projects for the Luftwaffe, the German air force. Although he knew that helping out the Jews was a threat to his life, he decided to help out anyway, as did many people involved in the Polish resistance. The Polish resistance was a group in Poland who were against the Nazi regime. They fought against Nazis and aided Jews by giving them false papers or helping them escape from persecution.[3] Through his work, Damski was able to employ Jewish workers on construction projects, which saved them from going to concentration camps. 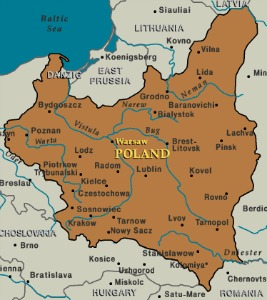 In addition to employing Jewish workers, John had several other opportunities where he chose to save Jews. Like in other cities in Nazi-controlled territory, a ghetto was created in the Polish city of Warsaw. Forced to leave their homes, the Jews of Warsaw and the surrounding areas were forced to live in the cramped Warsaw Ghetto.[4] One night, Damski went into the Warsaw Ghetto and helped ten Jews escape.

He also provided lifesaving false papers and helped his Jewish neighbors, the Rozen family. When Damski first saw their daughter, he immediately fell in love.

Damski went on to save more lives. When World War II ended on May 8, 1945, Damski married Christine, his neighbor’s daughter.