As events in Europe unfolded during the years 1933-1945, hundreds of pamphlets, produced by scores of organizations, were published in several languages. Reports of the oppression of Jewish citizens in Germany appeared almost immediately after the Nazi party rose to power in 1933. As persecutions increased inside Germany, and later in occupied Central and Eastern Europe, pamphlets took on an ever increasing note of desperation. These pamphlets are powerful reminders that information was available. They are evidence that efforts were made to raise awareness regarding the impending slaughter of European Jewry, but that their calls to action were not enough to stop the annihilation of millions.

The March of Evil: A History of the Rise and Fall of the Fascist Evil by A.R. Lerner 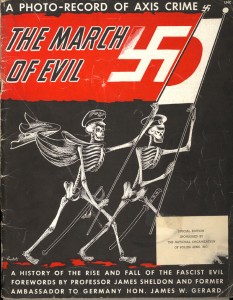 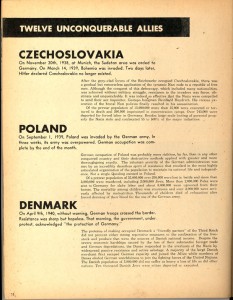 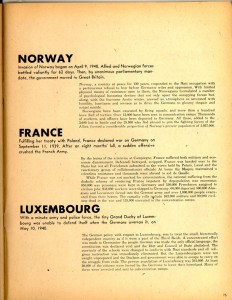 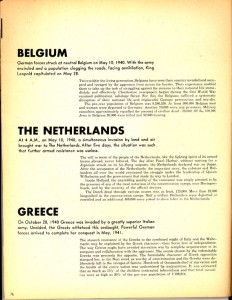 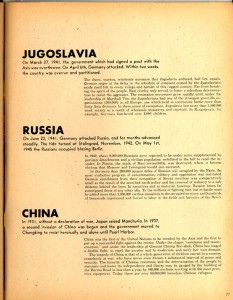 The Tragedy of Polish Jewry, published by the Joint Committee for the Aid of Jews of Poland

This shocking pamphlet, with reports that describe the plight of Jews in Poland and those who fled to Rumania, Hungary, Slovakia and the Soviet Union, was published in July 1940, before the sealing of the Warsaw Ghetto in November. These excerpts are from a report by A. Hartglas, President of the Zionist Organization of Poland and former member of the Polish Sejm (parliament):

Several weeks ago an order was issued that all Jews between the ages of 14 and 60, both men and women, must register for forced labor…

The Ghetto plan has not been abandoned, but only postponed. The Germans say that it will certainly be put into effect. The latest word is that all the Jews of Warsaw will be compelled to move into the Praga quarter of that city in March 1940…

The largest synagogue in the Praga quarter of Warsaw was invaded during services by Germans, who ordered Rabbi Silberstein and the whole congregation to go out in the street and dance in their prayer shawls if they did not want to be shot. 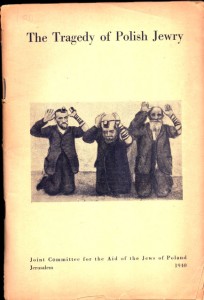 Hans Beimler, a Jewish Communist member of the Riechstag, was arrested and imprisoned in Dachau shortly after it was opened in March 1933. He escaped and wrote about his experiences which were published in pamphlet format, including the two examples here – an English language version published in London, and a Yiddish version published in Moscow. After his escape from Dachau, Hans Beimler joined the International Brigades and fought and died in the Spanish Civil War. 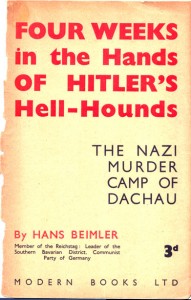 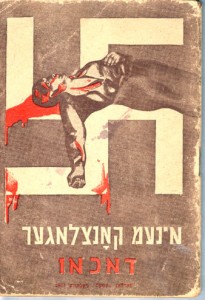 Under Sentence of Death 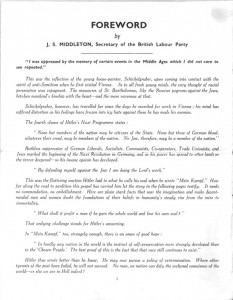 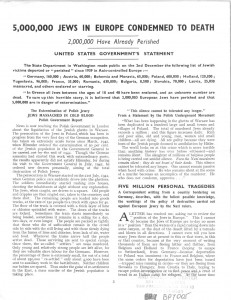 Mein Kampf in Holland or Straight From the Horse’s Mouth , published by the Netherlands Information Bureau 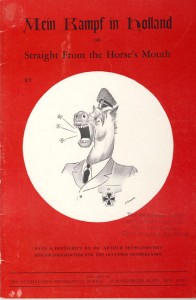 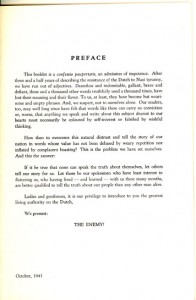 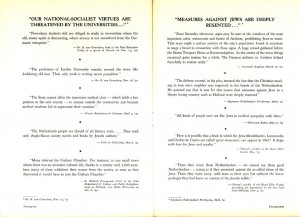 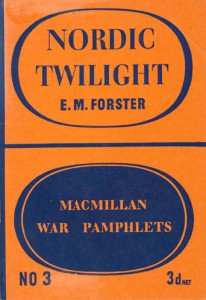 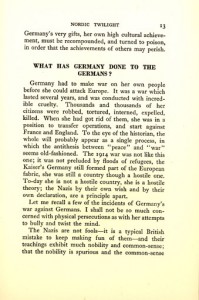 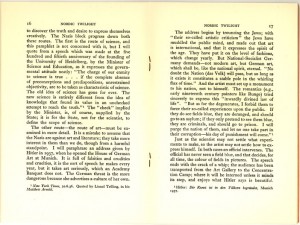 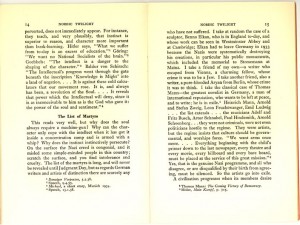 The Most Terrible Place in the World 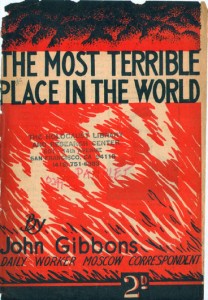 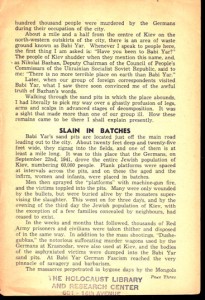 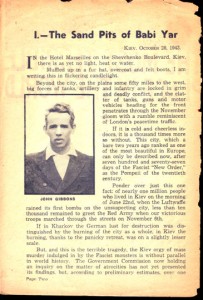 Education in Nazi Germany: The Martyrdom of Teachers

Published in 1938 by the British Committee for the Relief of German Teachers, this pamphlet describes the pressures brought to bear on German teachers by the Nazi regime. The excerpt featured illustrates the efforts of the Nazi government to enforce sterilization on German citizens who might pass on an “inherited defect.” 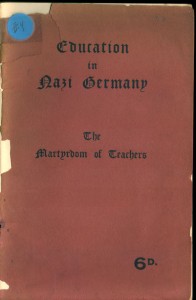 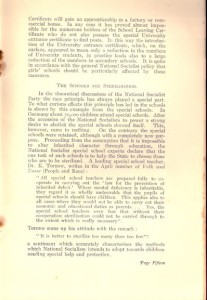 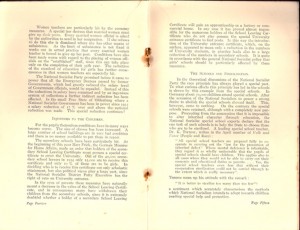 Stop Them Now: German Mass Murder of Jews in Poland

Many of the early anti-Nazi pamphlets were published by Communist and Socialist anti-fascist parties.  These two pamphlets, published in 1934, describe conditions in Nazi concentration camps.  Those imprisoned and brutalized included political prisoners, Communists and Jews. Some excerpts:

Glance through this book – then read it carefully.  Then see that the terrible facts in it are as widely known as you can make them.

For these things are happening now.…

Beatings, torturing, murder, hideous mental and physical cruelty, destruction of the working class movement – all these things are happening 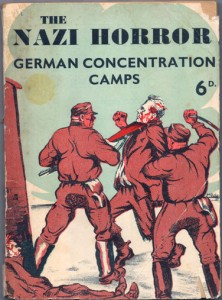 We Fought Hitler by Albert Prago. Published by Veterans of the Abraham Lincoln Brigade 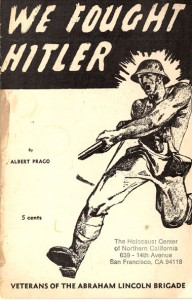