Erna Wertheim emigrated to the United States from Munich, Germany in May 1936 with her husband Hermann and their infant daughter Lilo. The young Jewish family settled in San Francisco. During the following years, Erna wrote countless loving letters primarily to her parents, Thekla Bein Lehrburger and Leo Lehrburger, but also to other relatives and friends who stayed behind in Europe.

These letters document their intimate relationship and give us insight into how the worsening situation for Jews in Europe affected those separated from their loved ones. Additionally, they bear witness to how Nazi Germany left its mark on the local Jewish community in Northern California.

In the months after her arrival, Erna primarily reports about the hardships of being an immigrant. Having to face many obstacles in a foreign country, she expresses her young family’s frustration and disappointment about not being able to sponsor other relatives who are still in Germany and who reach out for help. However, when it becomes clear that the situation for Jews in Germany has turned from a question of “freedom or restriction” to one of “life or death,” she is determined to assist and help where she can. Erna’s letters show how these attempts unfolded throughout the years of 1936-1939. When she is informed that her father is arrested and sent to Dachau concentration camp on Kristallnacht in 1938, she explores every possible option to have him be released.

In early 1939, Erna is finally united with her parents who have made their way to the United States through New York City. Even though her mother suffered a stroke on the ship that brought her to safety, Erna is relieved that they were able to escape Nazi Germany.

In her oral history interview from 1990, Erna Wertheim explains why she never returned to Germany after the war: While her parents were able to leave, her husband Hermann’s parents, like many other loved ones, were not fortunate enough to make it out of Nazi Germany. The memory of those murdered would stay with the young family for life. 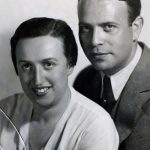 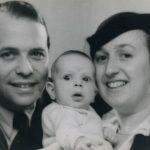 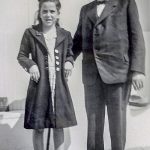 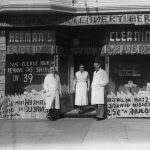 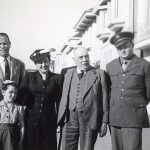 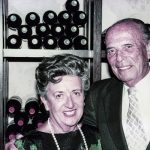 Herman and Erna Wertheim on their 50th wedding anniversary 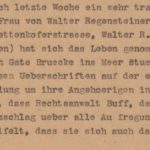 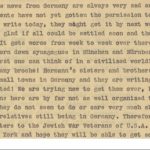 Letter #3: They Do Not Seem to Care 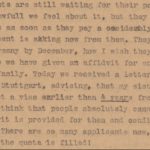 Letter #4: I Wish They Were Out 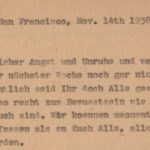 Letter #5: Everything Else Has Become Unimportant 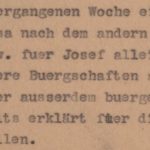 Letter #6: We Have No One Else 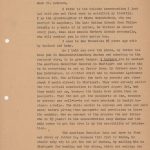 Letter #7: I Implore You With All My Heart 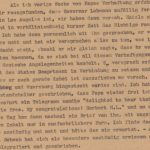 Letter #8: He Promised to Get In Touch

Letter #1YOU CANNOT STAY IN GERMANY

Dear mother, the reason for this additional letter is once again to ask you to come here. Just today someone told me that Goebbels mentioned during a speech of the party convention, “Today the Jews can still emigrate with a Lift*, but next year they will only be able to take a backpack.” I think you will get less out of it the longer you wait, and you must be aware that you cannot stay in Germany. Surely, it is difficult to make a living here, but hopefully we will finally get there and at the same time you are not destitute. I am really intensely scared when one hears what is happening in Germany. Did you hear about the case Rothschild in Stadtoltendorf**? That was the biggest lining factory in Germany (…)*** they could not find anything and then they just went there and arrested the owner, took over the factory and his assets. That is what is happening when the Nazis think the Jewish businesses are still doing too well!

Translator's notes:
* Likely referring to a furniture lift that was used for moving.
** The factory was called “A.J. Rothschild und Soehne.” The members of the Rothschild family contributed significantly to the social and technical infrastructure of the city Stadtoldendorf which is located in Lower Saxony.
***unclear

A very tragic incident occurred here last week. The young Mrs. von Walter Regensteiner (R. lived next to us in the Pettenkofer street*, Walter R.’s father had a cigarette agency) committed suicide by jumping off the Golden Gate Bridge. The newspaper reported in large headlines on the first page that the reason was worry and desperation over her relatives in Germany. Do you know, dear Sieg, that attorney Buff, who lived here, died of a heart attack not long ago because of all that is happening? The wife was so desperate that she, too, wanted to commit suicide.

Translator's notes:
* Likely referring to a street in Munich.

Letter #3THEY DO NOT SEEM TO CARE

The news from Germany are always very sad and very bad. My parents have not yet gotten the permission to sell, but as they write today, they might get it by next week. I would be so glad if all could be settled soon and they could come than [sic]! It gets worse from week to week over there! Now they have town down synagogues in München and Nürnbeg, is’nt [sic] that the worst one can think of in a civilized world? That can’t bring them any broche! Hermann’s sisters and brothers are still living in small towns in Germany and they are writing so terribly downhearted! We are trying now to get them over, but the organisations here are by far not as well organized than in New York. They do not seem to do or care very much about such pleas from relatives still being in Germany. Therefore I have written letters to the Jewish War Veterans of U.S.A. and to Hias in New York and hope they will be able to get some affadavits.

Letter #4I WISH THEY WERE OUT

My parents are still waiting for their passports. You may imagine how awfull [sic] we feel about it, but they hope that they git [sic] the passports as soon as they pay a considerably [sic] amount of money which the government is asking now from them. They hope to be able to get out of Germany by December, how I wish they were out already. Several months ago we have given an affadvit [sic] for one of Hermanns [sic] sisters and her family. Today we received a letter from the American Counsular [sic] in Stuttgart, advising that my sister-in-law will not be able to get a visa earlier than 4 years from now on! Is’nt [sic] that horrible to think that people absolutely cannot come over though an affidavit is provided for them and conditions over there are terrifying! There are so many applicants now, that up to 4 years from today the quota is filled!

Letter #5EVERYTHING ELSE HAS BECOME UNIMPORTANT

We are in such a state of anxiety and unease and are waiting for your letters that cannot even arrive before next week. Hopefully you all are healthy! During these days one realizes how far we are away from you. At the moment, we cannot grasp a different thought than thinking about you, everything else has become unimportant.

Letter #6WE HAVE NO ONE ELSE

During the last weeks we have sent telegram after telegram and one visa after the other. First to Elly, then to Lilly, or rather for Josef and yesterday to Sofie. We only hope that our sponsorship for everyone will be accepted because we have no one else who could sponsor anyone else. For Bochum, aunt Else has already agreed to provide an additional sponsorship for the girls.

Letter #7I IMPLORE YOU WITH ALL MY HEART

I refer to the telefon [sic] conversation I just had with you and first want to establish my identity. I am the granddaughter of  Klara Schwab-Bein, who was married in Augsburg. The late Nathan Scwab from Philadelphia is a uncle of my mother, he visited us almost every year, know also cousin Herbert Schwab personally, who will contact you in this matter too.

I came to San Francisco 2 ½ years ago with my husband and baby.

As I told you over the phone, my father has been put in Concentration-Camp Dachau and accoding [sic] to the enclosed wire, is in great danger. I implore you to contact the American Consular General in Stuttgart and advise him to do everything to get my father free. My fathers [sic] name is Leo Lehrburger, he resided until now in Muenchen Lindwurmstrasse 125. The affadavits for both my parents are since about 6 month already in Stuttgart. They were already called for the medical examination in Stuttgart August 3rd, but they could not go, because the Nazis have given them no passports. They did not get the passports so far, because my parents are well-to-do and were prominent in Munich business circles. The Nazis wanted to squeeze our more and more money before giving them passports and permission to leave the country. Now on account of the progrom the [sic] put father who is 65 years! In the concentration camp Dachau and the only means to get him free is by the possibility of [e]migration.

The American Cunsular [sic] does not have to find out where my father is, because this fact is known, he should only try to get him out of Dachau, by calling him to Stuttgart for handing out the visa, which are waiting for my parents anyhow, because some time ago, as soon as they have there [sic] passports, because they are still under the old quota.

We do not need any money at all, fortunately we could bring quite a sum out when we left Germany, so whenever my parents come, they will not be dependent on anybody, besides my husband earns too. All we need it you [sic] assistance to bring my father out of Dachau.

I implore you with all my heart to do everything possible for my father and thank you so much in advance for all your kindness.

Please excuse if my letter is probably not as fit as it should be, but as you may well imagine I am desperate right now. Will you do me a favor and advise if you were able to do something.

With many thanks and kindest regards to you and Mrs. Lehman,

P.S. That you know for whom you are doing such a favor I enclose picture

Letter #8HE PROMISED TO GET IN TOUCH

When I heard about father’s arrest last week, we found out that Governor Lehmann* coincidentally was in Los Angeles for leisure purposes. We then called different hotels and in a relatively short time figured out which was the right one. I then talked to him personally and he was especially nice and promised to do what he can possibly do even though he immediately told me that he cannot influence much because all those arrests are internal German affairs. He promised to get in touch immediately with the State Department and said that he, too, was trying to figure out where his relatives from Bamberg and Wuerzburg were sent to. For decency’s sake, I then immediately sent him a telegram that dad was free again which made him send a telegram saying, “Delighted to hear your father is free. My congratulations! Herbert H.L” and the day after the next we again received a letter from him with the similar content only in more detailed manner. I find that to be especially honorable and nice and would have never expected that. –Herbert Schwab has also been especially decent and sent telegrams several times and wrote.

Translator's notes:
* Governor Herbert Lehmann (March 28, 1878 - December 5, 1963) was a Democratic Party politician who was elected as the first Jewish governor of New York State in 1932. After several reelections, he resigned the governorship in 1942.